—————————————————————————————————————————————————————–
(This is a story written by me long back in 2010 on my old blog. Somehow this post got archived and while I was compiling the short stories written by me on one page, I decided to edit and republish it here.)
I
“But how will I survive this man ma??” Noyonika screamed at the top of her voice, “He loves onions- cooked, boiled and raw- in every other thing. ”
“So?”
“So? what?? you know I hate onions. I can’t even stand the smell of them. They are plain and simple obnoxious!”
“You should have never gone to law school you know. Now you will reject this proposal for an onion right?”
“No! am just saying that the implications will be horrendous if I have to spend the rest of my life with this onion loving fella..”
“No further questions, you add him up on gtalk, talk to him. You guys get that option, remember in 1980 when I got married at the age of 22, we did not even go out for a formal date. We just spoke in front of our elders. Now, you need to know, analyse and then decide if you can marry that person.”
“Ma, it may have worked in your case but imagine this- in case you find that you and your life partner have nothing in common to talk about or may be to even dream about, how will that work out?”
“Not again! you are being given the option right! besides you people have all these online matrimony sites with people listing out their interests and all….our newspaper advertisements never had that much space.”
“I always told you ma, cyber squatting should be made a crime.”
“What’s that?”
“Nothing, give me his gtalk id.” 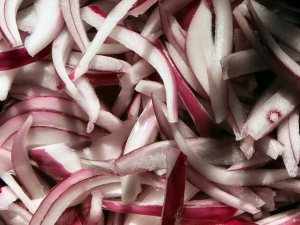 21 thoughts on “Has the love been arranged in this marriage?”

Laal paar gorod sharee, my most coveted and cherished gift taking shape inside me and a plateful of the cravings that kept me hungry and crazy for 9 months - that summarises my Bengali ‘baby shower’ or ‘Shaadh’ given by my mother, perfectly! P.S. Ever since I got to know that I am pregnant, the first thing that I wanted to do was to wear a traditional laal paar gorod sharee for my ‘shaadh’! #babyshower #babyshowerdecorations #shaadh #bengalishaad #bengali #gorodsaree #laalpaar #laalpaarshadasaree #bengalibabyshower
#babyboy #birthannouncement
আছে দুঃখ, আছে মৃত্যু| কিন্তু এমন হঠকারিতা? There is grief. There is an outpouring of grief. I felt the same kind of sadness probably when Rituparno Ghosh left or when Suchitra Bhattacharya died. All of them left early, way before our modern life expectancies teach us to be comfortable in our skins. It is an irreparable loss. I knew neither of them personally, yet all of us knew a little bit of them through every character they created or played. Nuance was his last name, nuanced were his performances - Namesake, Piku or the Lunchbox. Thank you for the performances and the laughs and the emotional upheavals. Rest in peace and love.
Memories from another lifetime. #precoronadays #tulips #flowersofinstagram #tulipseason2018 #keukenhof #bollenstreek #netherlands #throwback
Let there be light! #lights #candles
কাঁচা আম| Raw Mango (the real deal, not the clothing brand). कच्चा आम. My neighbour’s mango tree as seen from my bedroom window. I can’t smell the flowers like my friend @runjhunnoopur did at her backyard, but in all my years of living in the city, I have never had the time to witness the fruity pleasures which will make their way to our plate in a few days, bloom with such elan. Nature’s indication to me to slow down and enjoy the simple pleasures of life? #lockdown #life #simplelife #simplepleasures #simplepleasuresoflife #socialdistancing
Follow The Big Bong Theory on WordPress.com